The crowd of 1,508 on hand at Koskinen Stadium were treated to a back-and-forth affair between two of the country’s top programs that eventually ended in the Blue Devils’ favor.

At the other end, a six-goal, two-assist night for attackman Ethan Walker and two goals each from Colton Jackson and Colton McCaffrey led Denver’s output.

“You play so few games that each one is so, so very important,” Denver head coach Bill Tierney said of the early-season loss.

“If you win ‘em, you can get one in the bank and almost put yourself in the tournament on February 16th, as crazy as that sounds.”

The Pioneers looked to senior Trevor Baptiste to lead the way from the faceoff-X against the Blue Devils.

He was dominant, winning 23-of-30 draws against a cadre of Blue Devils drawmen.

However, playing in its fourth game of the season, Duke used its conditioned ‘game legs’ to its advantage against a Pioneers squad that took to the field for its just its second.

Duke pulled even by halftime as each side had six goals apiece.

The Pioneers rebuilt a sizeable lead, a 12-8 advantage, heading into the final quarter.

“It was a great lacrosse game between two teams that are gonna get better as time goes on,” Tierney concluded.

“We came out on the short end – Duke got us in the fourth quarter. It was really a weird game. It got a little sloppy, a lot of calls, a lot of fouls, and a lot of junky stuff, but to their credit, they did what they had to do to win.”

With Fowler back in the cage, and the Blue Devils’ defensive play causing seven turnovers, Guterding and Robertson cranked the offense up and eventually stunned the Pioneers and goalkeeper Alex Ready , scoring seven goals during the final 15 minutes of play.

“Our character got challenged by our coach and we responded well,” Guterding said afterwards.

“That’s a testament to our senior class. We’ve been workin’ so hard, and we really wanted to win this game badly. We lost to them three straight years, never beaten these guys and we wanted to dominate in the fourth.” 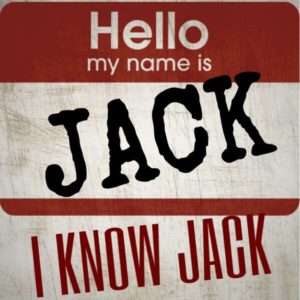